The Nov. 7 election results were a clear and overwhelming rebuke of the fearmongering and race-baiting that embodies Trumpism, AFT President Randi Weingarten says. “It was also clear that voters understood that running as a populist is not the same as acting as one or governing for the people.

“This election was a real ‘which-side-are-you-on?’ moment in which the candidates who demonstrated that they truly care for and will fight for people, and that they stand for public education, affordable healthcare and good jobs, overwhelmingly beat those who, like Trump, seek to campaign as a populist but serve the elites.”

The results were made possible by the hard work, on the ground, of union members, volunteers and candidates who talked and connected with voters, understood and listened to their legitimate anger and frustration with what is going on in our country today, and offered a path forward based on the aspirations we all share for a better life,” she adds.

“Yesterday’s results were a clear repudiation of the efforts by Trump and the GOP to strip healthcare away from people, go after people’s rights, and push Education Secretary Betsy DeVos’ agenda to defund and privatize public schools. And the message to Congress should be clear—don’t try to ram through a tax plan that gives massive tax breaks to the rich and corporations at the expense of the middle class.

“We celebrate every one of our members and every other volunteer who made phone calls, knocked on doors, drove people to the polls, and got out the vote to create a wave of wins across the nation. Elections matter—and we need to continue this wave and this enthusiasm through 2018 to elect even more governors, state legislators, U.S. representatives and U.S. senators who will stand with working folks and not those trying to get even richer off the backs of working families and the middle class.” 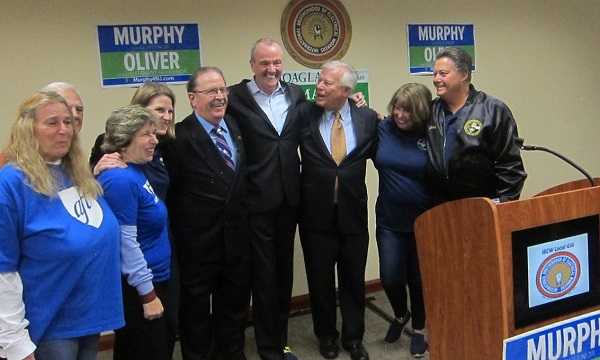